Thank you for another great season!

See below for links to video recordings of past presentations.

Brian Wallin, Historian
Brian L. Wallin is a 1965 graduate of Stonehill College, and earned his master’s degree in 1968 from American International College. He retired in 2009 as Vice President of Kent Hospital in Warwick, RI where he remains active on several hospital committees. He has held appointments in numerous civic and professional organizations. He is a past president of the New England Society for Healthcare Communications and of the North Kingstown (RI) Rotary Club. He has been a member of the Varnum Armory & Varnum House Museums since 2008 and was named a trustee in 2013. Brian is an avid guitarist, model railroader and marine model builder. He has published a number of historical chronicles of people, places and events in Rhode Island history.

July 26th: Truth and Lies: Influence Campaigns from the Cold War to COVID19

Dr. James Ludes, Executive Director, Pell Center for International Relations & Public Policy
From July 2006 to August 2011, Ludes was executive director of the American Security Project (ASP), a think-tank in Washington, D.C. ASP was founded in 2006 to educate the public on a broad range of national security issues and the value of a principled approach to security. From November 2008 to February 2009, Ludes was a member of president-elect Obama’s transition team. During this time, he participated in the Agency Review Team, working inside the Department of Defense (DOD) to identify critical issues that would need to be tackled by the new administration. In From 2002 to 2006, Ludes was legislative assistant to Sen. John Kerry for defense and foreign policy. During that time, he also coordinated defense policy issues for Kerry’s 2004 presidential campaign – assisting in the development of policies on military end-strength, force structure and improved benefits for military families and veterans. Prior to his work in the Senate, Ludes was editor-in-chief of National Security Studies Quarterly (NSSQ), a defense and national security journal. He is editor of, and contributor to, “Iraq Uncensored” (2009) and co-editor of two previous books: “Attacking Terrorism” (2004) and “Twenty-First Century Proliferation” (2001). 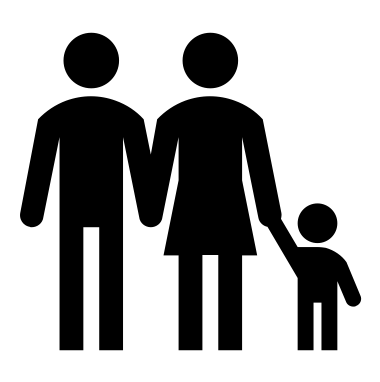 Jon Dodd, Executive Director, Atlantic Shark Institute
Jon has spent his entire life on the water with a particular focus and affinity for sharks. From his first close encounter with a blue shark at the age of 14, he has been fascinated by sharks and their growing need for greater understanding and protection in many parts of the world. Having caught and released almost 1,000 sharks and having tagged approximately 500 of those for various shark research projects, Jon employs a hands-on approach and tireless commitment to this much-needed research. Jon has direct experience working with a variety of shark species, including mako, thresher, blue, hammerhead, bull, tiger, dusky, lemon, great white and more. Jon earned a biology degree from the University of Rhode Island with an emphasis on fisheries and has worked as a volunteer at the National Marine Fisheries Service Apex Predator Investigation.

Todd McLeish, Naturalist and Author
We open Lanphear LIVE! with one of Rhode Island’s most prolific natural history authors, Todd McLeish. Join Todd high above the Arctic Circle as he recounts his adventures studying the elusive Narwhal, the rare Arctic whale with the spiral tusk.  Todd will share insights about the importance of Narwhals in Inuit culture and how the warming planet is affecting the species.

Dr. Charles Clarkson, University of Rhode Island and RI DEM
Most folks aren’t aware of the massive five-year compilation of bird diversity in the state of Rhode Island. Every species of bird has been inventoried in every habitat in all seasons. No other state in the U.S. has been studied so thoroughly! Dr. Charles Clarkson, project leader, will present the results of this important study and discuss the changes (and their causes) that have occurred to the bird fauna since the first Bird Atlas was completed over 30 years ago.

August 3rd: Fishing Among the Giants

August 24th: Where the River Meets the Sea

The 2019 Lanphear LIVE! presentations were wonderful. Many thanks to our speakers and the members of the community who attended the sessions.

2018 was the inaugural year for the Lanphear LIVE! presentations. It was a runaway success!